Our mission: To allow future generations of tennis players to experience fun and competitive tournaments in their local community.  The upcoming 2020 year will be our fifth year hosting singles, doubles, and mixed doubles tournaments in beautiful Baker Park.  We look forward to your participation in an upcoming tournament or tennis ladder. 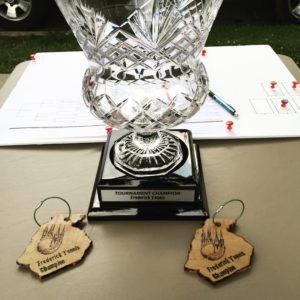